In 2014, Klen received his PhD in computer science from the University of Lancaster, UK. He is currently working as one of the heads of the Laboratory for Human-Computer Interaction (HICUP Lab) at the University of Primorska, where he is also an assistant professor. He is researching new ways to increase human abilities by using digital technologies. The main challenge is the user interface that creates a bottleneck between a person and the ubiquitous high-end processor performance and the potential of large amounts of data. 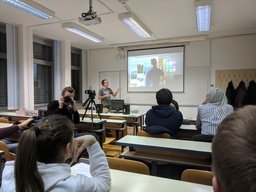 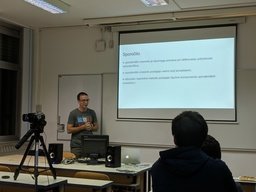 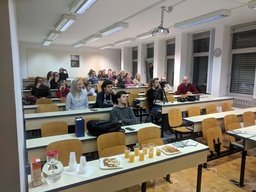 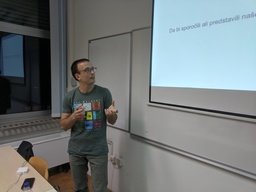 We live in a time of extremely rapid development. During our lifetime we will most probably another witness a technological breakthrough that will significantly affect the future of mankind. And it is impossible to predict how these breakthroughs will affect the economy, society and individuals.

As part of the lecture, we will examine the historical development of digital technologies that have led to the state of the art and try to deduce future breakthroughs in the context of modern ways of human-computer interaction. We will venture into the world of mobile technologies, virtual and augmented reality, ubiquitous computing, and then cfinish with an overview of brain interfaces where the power of thoughts allows communication with the world.

Perhaps we can envision a time when speaking, writing, and gestures will become an archaic way of communication, such as the hieroglyphics on the Pyramids of Giza?